Chapter 11 was all about India and the Mogul emperors there. The craft was not that complicated. We put a couple of stuffed animals in the math balance and tried to see what goods could make them balance. 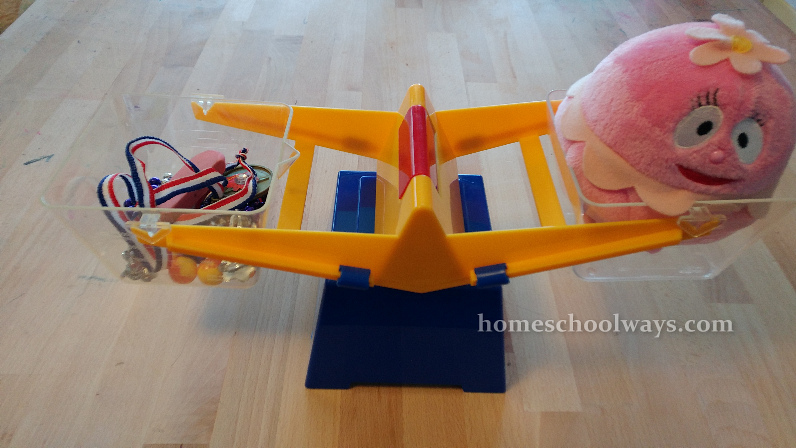 The weight of Foofa in costume jewelry and such

The story was that of the young Indian prince whose weight was measured in gold and food which were then given to the poor on his birthday. The kids had fun bringing costume jewelry, marbles and other objects to try to make things balance.

I suppose you could really dive into this activity and transform it into a math activity and other things – a whole unit study in itself about India. The thing is, unit studies do not appeal to me. I would suspect one cannot do a unit study about India either without cooking an Indian dish. Alas, I am not sophisticated enough to appreciate Indian cuisine. 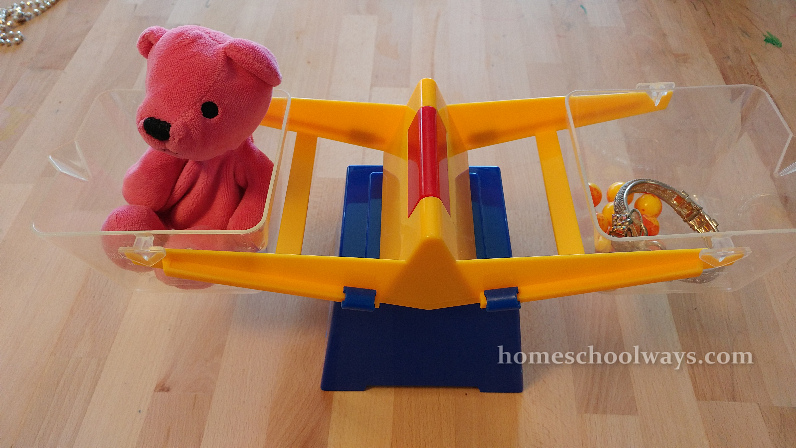 I have several Indian friends who have cooked their dishes for me and promised me to tone down the spices. The food was so spicy, I had tears in my eyes as I ate the first couple of forkfuls and then asked to be excused from finishing the rest of my plate. I am sorry, but Indian food is not my thing. I have never liked spicy food to begin with. Ginger and curry are not at all flavors I like, either. There it is.

The kids enjoy looking cities up on the world map. We talked about how large India is – large enough to be called the Indian subcontinent in some contexts. And that was another chapter done.