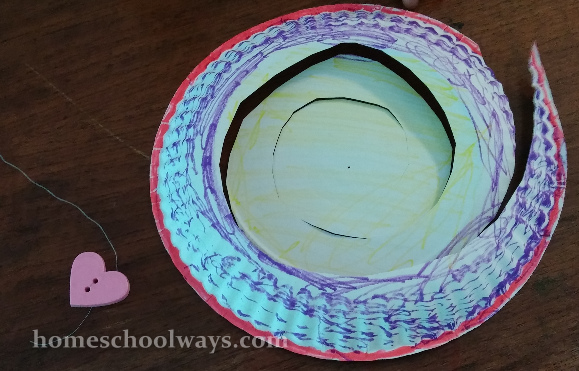 My daughter did not want to hang hers up. She did not want a button on hers, either. She just wanted to hold onto hers and play with it. Of course, it did not last long. She has not played with her snake since the day she made it. I have gotten used to these patterns now.

When we read about the roc bird, I quickly Googled it on my phone and clicked on images. What do you know? The first image I got was of the mythical bird holding an elephant in its claws, just like in the story I was reading to them. I passed the phone to them and they flipped through more images while I finished the story. Aren’t you thankful for the internet? This kind of thing would have required a trip to the library when we were growing up. 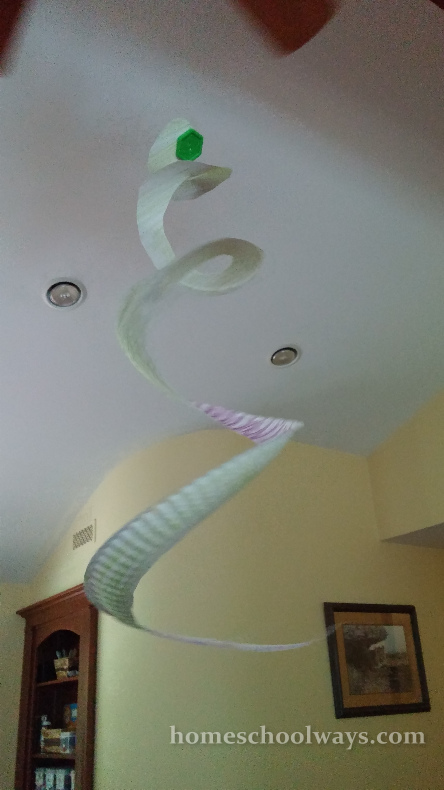 We learned the word scimitar. I knew it in Romanian (iatagan) but I never knew it in English. I love learning alongside my children.

All in all a great chapter and I almost feel no need to order any of the titles recommended for extra reading. But I will. I will be a good little homeschooling mom and sit down with that list and decide on a title. My library does not carry it, in all probability, but they are happy to order it for me through the Inter-Library Loan System.