Chapter 27 deals with the War of Roses, the war between the House of Lancaster and the House of York over the throne of England. And you thought you and your cousins had issues. 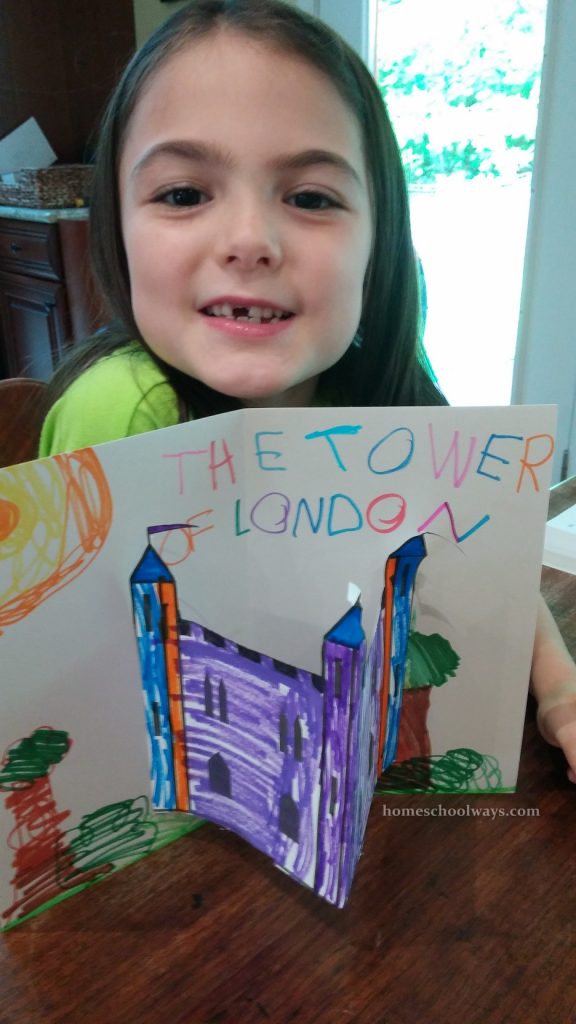 Lots of lessons to be learned from this part of medieval history. I remember vaguely watching a movie about it as a child and, of course, I vaguely remember some details about it from medieval history which we took in sixth grade I think.

My son looked at the coloring pages provided for the chapter and remarked that Richard III looks kind. My daughter, lost in all the names and who was on each side, asked, “And was he? Was he a kind man?” My son shook his head no.

The narration went well and I gave up on the questions. Honestly, I could not even keep the plot straight. How can I expect my children to?

The story of this chapter is so convoluted, I wish every time another cousin took the throne Bauer told us mere mortals if that one belonged to Lancaster or York. I mean, I can go look them up in the Encyclopedia, but wouldn’t it be easier if it was clearly spelled out in this chapter?

I did not print out the coloring pages – there were two – because I decided to work on a craft where we built the Tower of London. There was lots of coloring involved in that craft, so I figured we got our coloring in for the day.

We really enjoyed the map work. I think things are finally sinking in about England. When you think about Great Britain, how many times you wish they only had one name for that country? I mean, is it the United Kingdom? Great Britain? England? The British Isles? My kids are very confused.

So you go over it again and again and hope it sticks one day. I think that day was yesterday, when we did the map. It was clearly laid out on the map, the different parts of the UK. And the kids ran to the big map of the world we have in the living room and found the British Isles there as well. So I think it’s finally sinking in. Which is why we do history now and we will continue to do it every year.

It helps that their tae kwon do teacher is from Wales. So I tell them over and over again there are several parts within Great Britain, like Wales, where Mr. Laurence is from, or England, where London is, or Scotland where men wear skirts called kilts, plus we look at Northern Ireland where nothing happens. Just kidding.