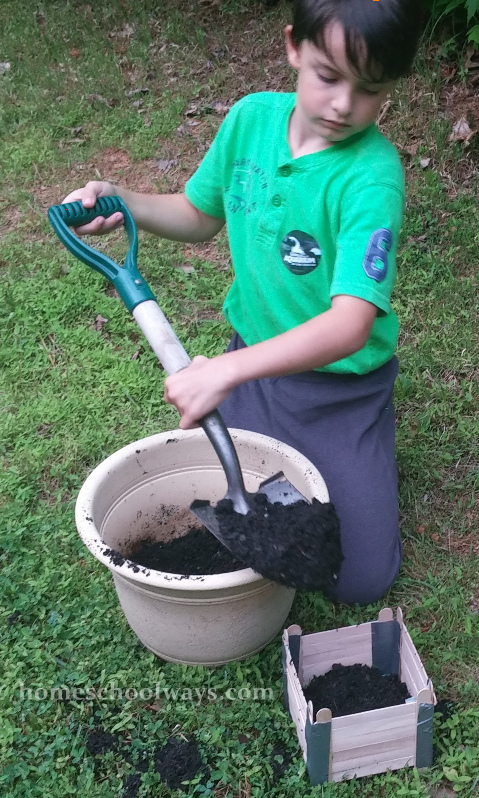 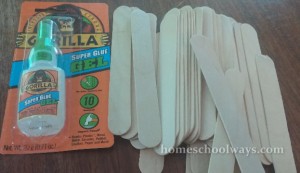 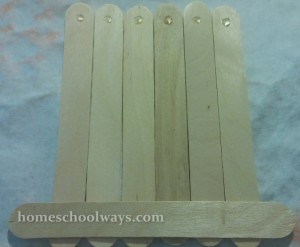 We had lots of fun, although I did get some super glue on my fingers. Two days later, I am still dealing with it. The duct tape left some residue, too. I just could not figure out how to use super glue to connect the four sides. So I opted for duct tape instead. 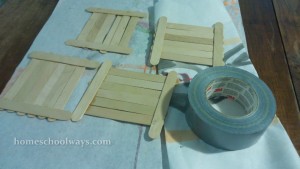 After they dry, bring on the duct tape. 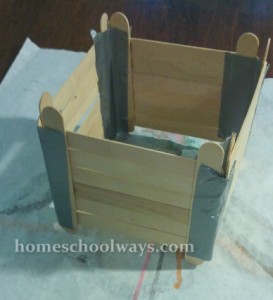 I psyched myself up before the project that “we will get dirty” so I would not freak out with all the dirt. Sure enough, after he built it, he started throwing dirt all over himself. I am ashamed to say that I started freaking out, but then I remembered he can take a shower… and he did.