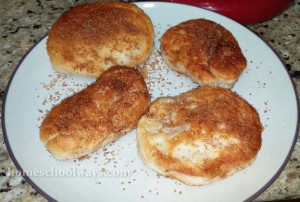 They liked the maze with Hannibal crossing the Alps and the elephant story. So we made donuts shaped as big elephant ears. I could not imagine using frozen biscuit dough for this project, as suggested in the book. Wouldn’t that be too salty to turn around and cover it in cinnamon sugar? Nope. I was wrong. These donuts were delicious. 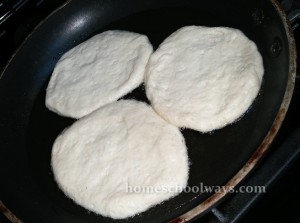 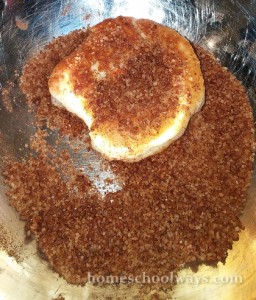 I used demerara sugar mixed with cinnamon, but the sugar was too rough as far as texture. We ended up sprinkling the donuts with confectioner’s sugar. 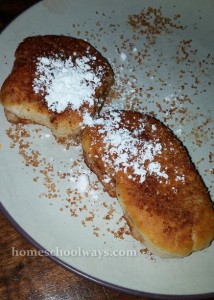 Next time, we will know better and mix the cinnamon with confectioner’s sugar instead from the beginning.