Tekniska Museet is the Swedish name for this museum in Stockholm, Sweden, which features a mathematical garden outside, and two floors of interactive exhibits covering physics, chemistry, biology, robotics, computer science etc. In other words, a STEM museum. 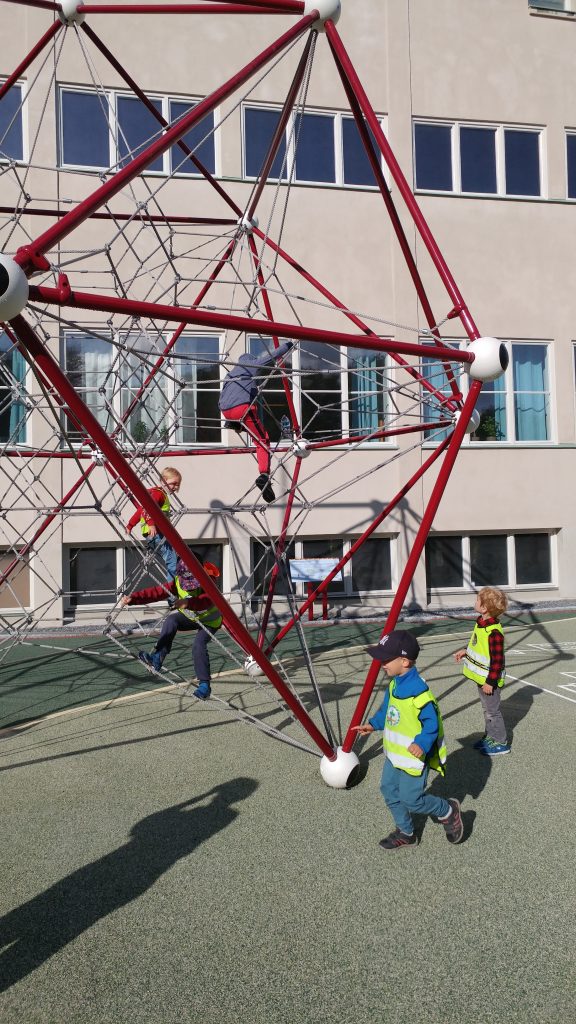 One of the installations in the mathematical garden. Preschoolers and their vests in the foreground.

There is also a large collection of early innovations showing the history of technology since the 18th century, e.g. an old printing press, sewing machine, early MacIntosh computer, automobile and so on. All the exhibits have iPads where one can select the language of the presentation, either Swedish or English.

We spent three hours in there and still felt like our kids could have spent even more time there without getting bored. In fact, they were very sorry that we had to leave. 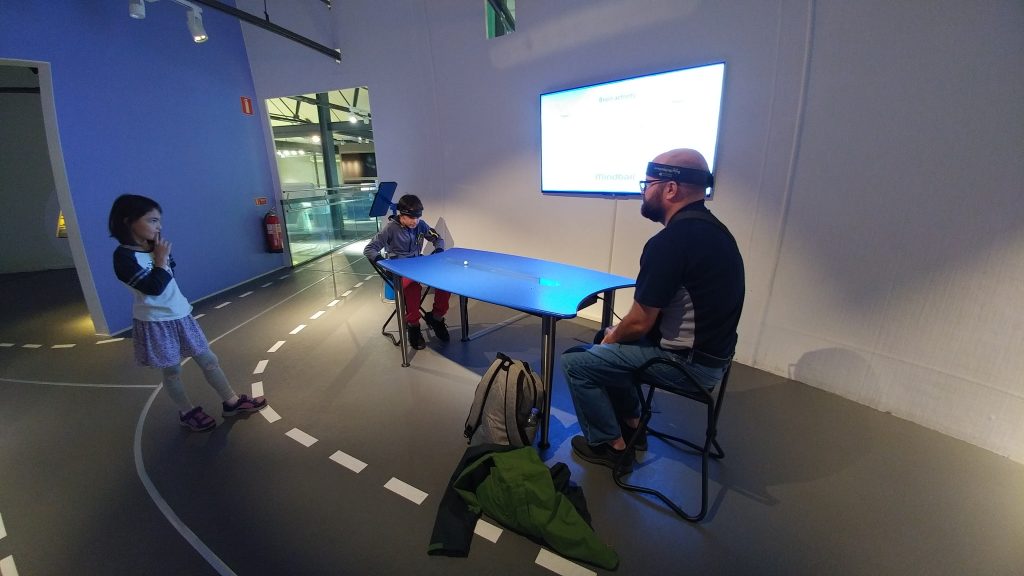 If you relaxed enough, you could move the ball with your mind.

The museum is free on Wednesdays from 5pm-8pm. All other times there is a fee for anybody over the age of 6. We did not go there on a Wednesday because we made other plans for our Wednesdays and then it was too late. Oh well.

We saw several groups of preschoolers come in. They would have been free any day. And they were adorable.

Main floor, where the history of technology exhibits lie. 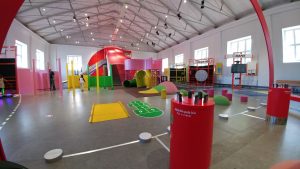 One of the rooms upstairs

Side note: preschoolers in Sweden are super-cute in their fluorescent vests which they don over their rain jackets. They hold hands two by two and usually come in groups of 10-12, accompanied by at least two preschool teachers. It’s a cute, cute sight, let me tell you. 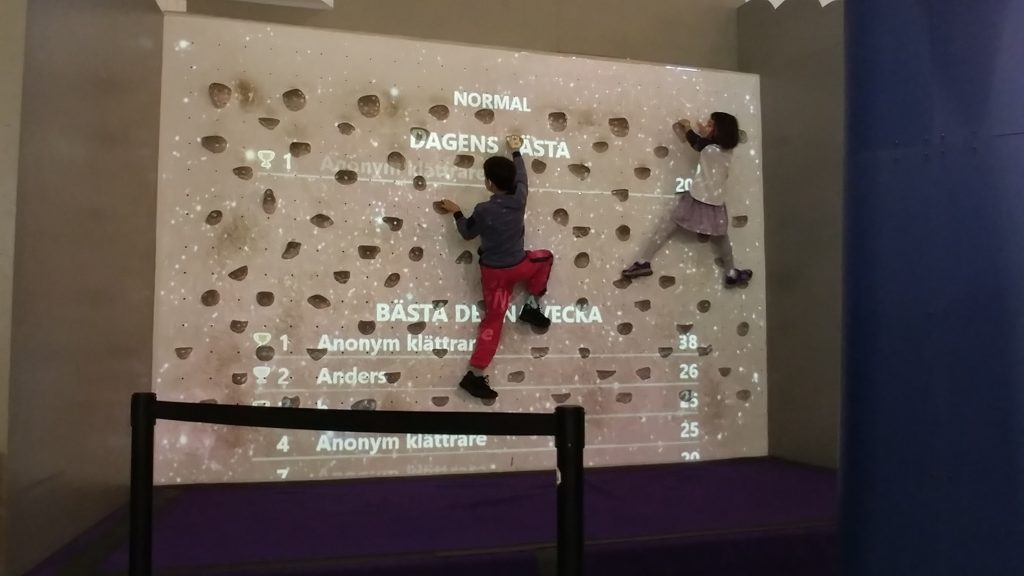 I would have taken pictures of them but I did not know if this were not against the law. Sweden has some pretty strict rules on photographing children. So I settled for taking pictures of my children and, if any preschoolers happen to walk by, oh well. Not my fault or intention. 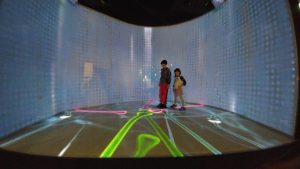 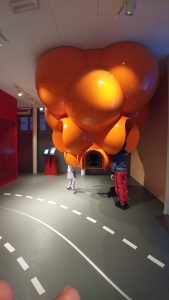 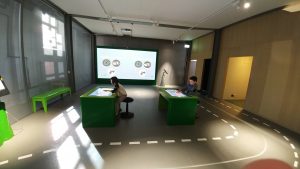 At the bus stop, one of the little girls looked straight at me and started talking. Unfortunately, I did not understand what she said. I smiled at her and said, “Really?” in Swedish. She nodded. 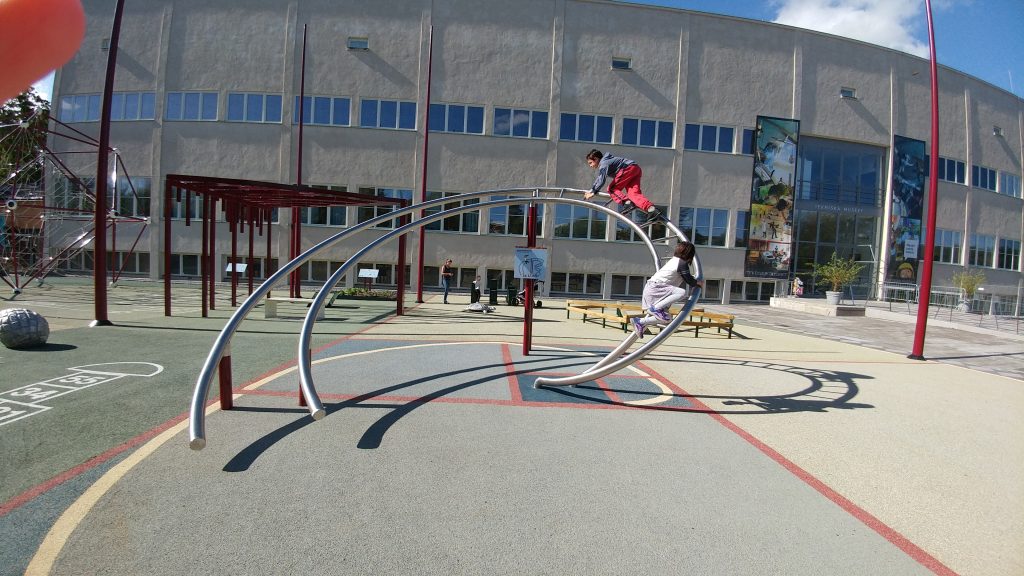 The Nautilus Slide in the Mathematical Garden

When the bus turned a corner and Grona Lund appeared in the distance, they all started pointing and shouting, “Grona Lund! Grona Lund!” Grona Lund is an amusement park in Stockholm and its rides and pointed towers can be seen from this particular boulevard our bus was traveling on. 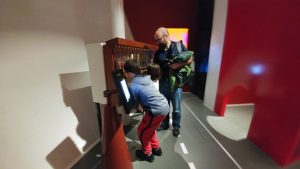 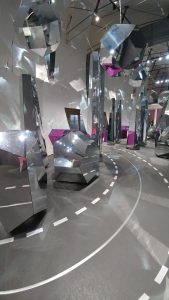 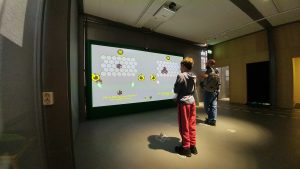 Here are some of the things our children did there: they smelled different substances; looked through screens to see how different animals see; built virtual garments from vintage fabric within a certain budget; moved a ball with their mind; talked to a robot who talked back; learned about synapses in the brain; climbed a wall and got instant feedback from the computer that was telling them how to change the route; rested in a “resting room” where music and lights change in a certain way, which is supposed to spark creativity and a new thought and too many other things to mention.