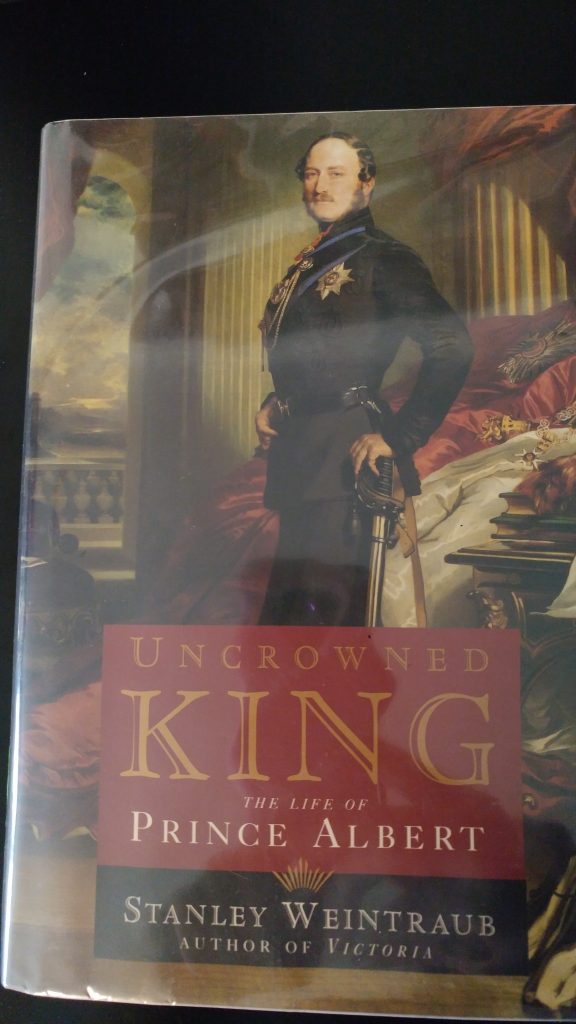 Through it all, I learned that Prince Albert was a wonderful homeschooling dad to his nine children. Albert and Victoria enjoyed 17 years of a happy marriage until his unfortunate death at the relatively young age of 42. Prince Albert wrote about his children’s studies extensively in his diary, which makes him a blogging dad by modern standards. So what kind of education did he give his royal children?

We know that he taught some of the subjects and for others he hired private tutors. The children had their own garden plots at Osborne House, the royal family private residence on the Isle of Wight. They tended to their farm animals. They also took piano lessons, French, German, Latin, history and math. How to write and read English was taught as well, of course.

As they grew older, they learned to fish, shoot guns, and hunt with their father. The girls learned to embroider. Special attention was given to art: painting with watercolors and sketching, as well as art appreciation. The royal couple had an impressive art collection for the children to enjoy.

Prince Albert was a Chancellor at Cambridge University and brought about educational reform in that institution, based on the standards of German universities that he had attended or visited. Until his tenure, Cambridge did not teach science or any history after medieval times. As you might imagine, he had an uphill battle with the academics of his time, but he managed to improve the curriculum.

After the first World Fair, The Great Exhibition of 1851, which Prince Albert organized through multiple committees, he was able to use some of the money earned through tickets to buy land in South Kensington, in order to establish a series of museums and institutions of learning. Known today as “museum row,” that area of London continues to be one of the most visited places in the world.

The other part of the money was placed in interest-bearing accounts in banks. The interest earned by that money is used to this day to foster learning and support scientists and artists. Another Prince Consort handles those funds today: Prince Philip, Queen Elizabeth II’s husband. Several Nobel laureates and famous artists have benefited from the funds which can be traced down to Prince Albert and his Great Exhibition.

In those days, corporal punishment was part of the normal way of educating a child, so yes, he administered it. Other than that, we cannot find much fault with his homeschooling.