My son has a pen pal who came to visit the other day. They had never met each other, so the excitement and nervousness was palpable as we were waiting for their van to pull into our driveway. I had met this little girl’s parents before, but not her or her siblings. 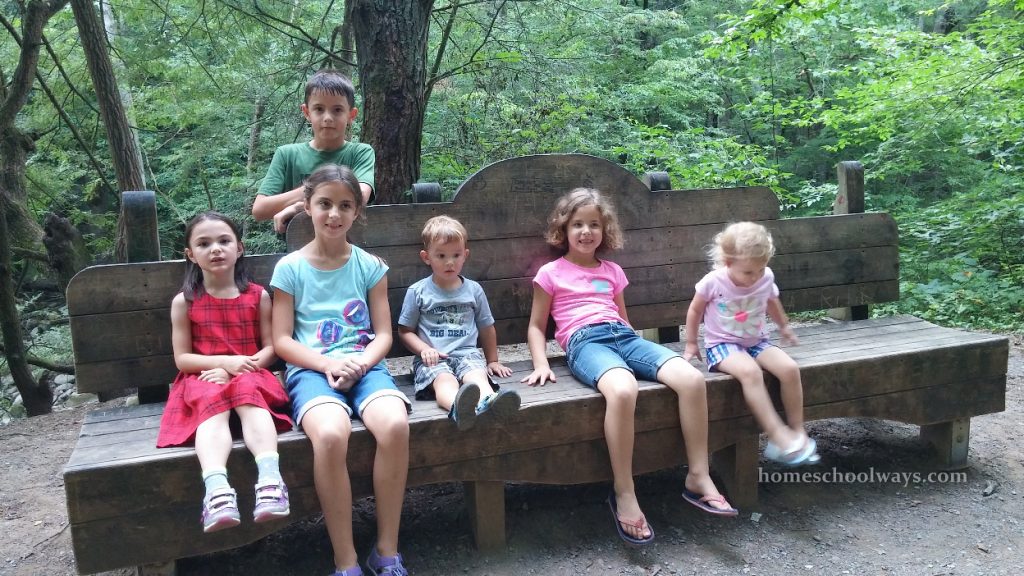 Hiking in the Smokies with pen pals and siblings

It’s a sweet story how it all came about. Thirteen years ago, before I was married with children, I met a couple from Texas who came to work for the same organization I was working for. They did not have any children at the time. I left that place about the same time they did.

We were re-introduced to each other via Facebook a few years later. We loosely stayed in touch that way or through email. We talked about life changes as we were becoming parents and deciding on homeschooling as an educational path.

When one of their daughters was seven, about the same age as my son, my friend had an idea: why don’t we stimulate their writing skills through letters they could address to each other? I thought it was brilliant. In this day and age of instant gratification, Facetime and Skype, here are these two small children waiting for a letter for days, sometimes weeks. 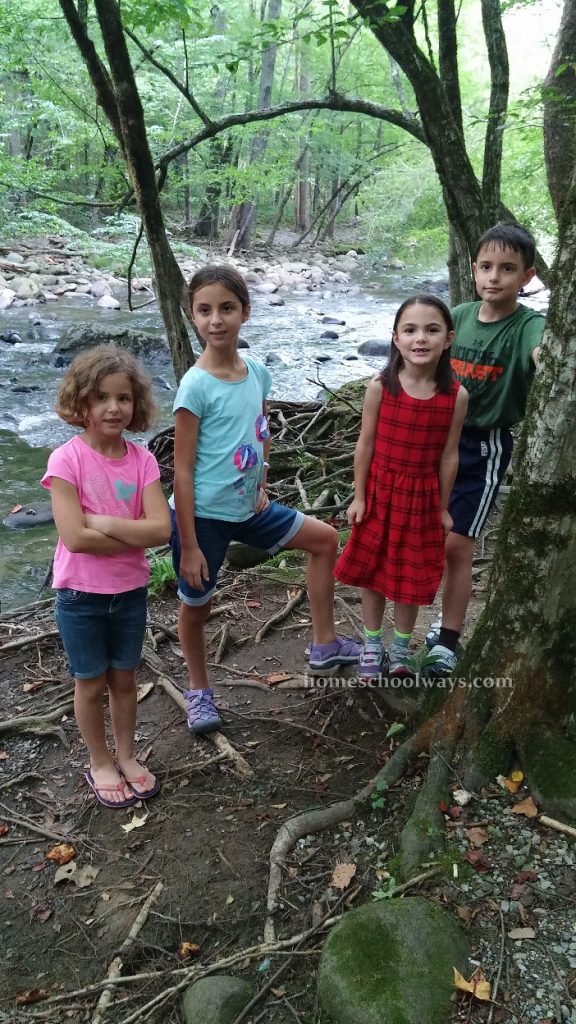 The four older children naturally congregated together, while my friend and I handled her twin toddlers.

Slow is good for children, who seem to do everything fast. Slow food, slow communication, slow reading. Slow down.

What we have discovered is that it is hard to incorporate writing letters in our homeschool routine, apparently. Sometimes my son got behind by a month. But his friend also got behind, so it just became natural to understand everybody gets busy. Their lives do not revolve around these letters. But the letters are important and the kids had fun receiving something in the mail.

Receiving comes with the responsibility of giving something back though. So the kids learned to write and give, not just wait to receive.

Well, about one year later, which brings us to this summer, my friend decided to take a trip to Tennessee and North Carolina to see family. We were on her route, so it worked out for my son to meet his pen pal in person, as well as her siblings. We are careful not to make any kind of romantic hints at their relationship, which would be a heavy burden for two eight-year-olds to bear.

I have never liked it when parents talk about their children as having “boyfriends” or “girlfriends.” That stuff can wait. These are years of having friendships and learning to socialize in innocence. So my son has a pen pal and they play together in a group which includes his sister and her siblings. There’s nothing wrong with that.

If you have friends who live far and they have children the same age as yours, you might want to consider talking to them about it. It helps the kids with writing skills and the right kind of socialization.