A few days ago, I was talking to an American public school teacher and he asked me where we went on our trip to Europe. I replied, “Sweden and Denmark.” He asked me, “And is Denmark in Germany?” 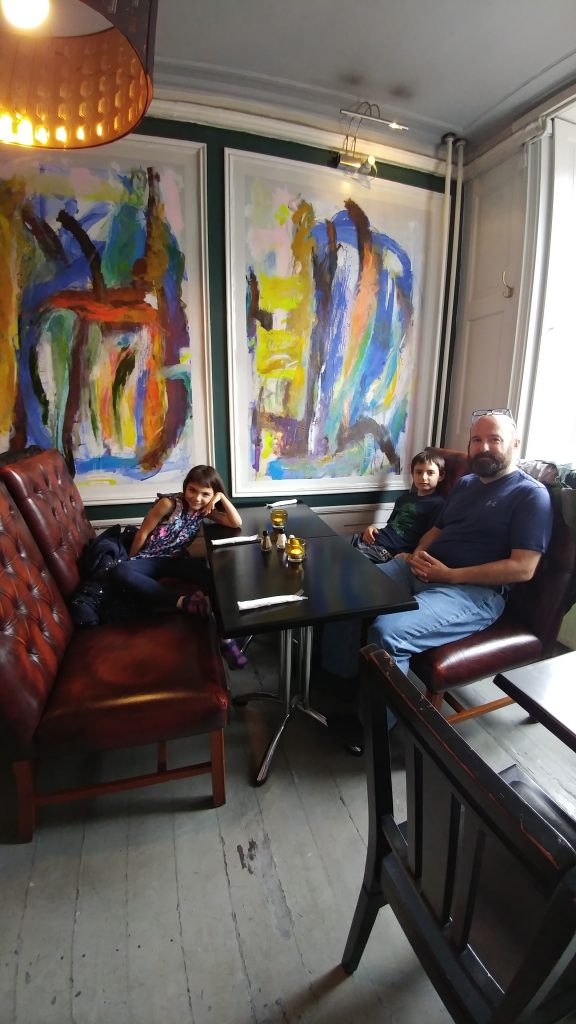 Waiting for our dinner in a Nyhavn restaurant

Stunned but trying hard not to show it, I said, “Denmark is a country north of Germany. It has a peninsula and about 400 islands of its own, one of them being Greenland.” He smiled and we moved on with our conversation.

I don’t want to be too hard on anybody when it comes to geography. I am still learning where Burma is, for instance. Oh, I know Burma is in Asia, but where exactly I could not tell you. However. When it comes to the Western hemisphere, I would expect that Westerners know their countries. That is not the case, apparently. Moving right along… 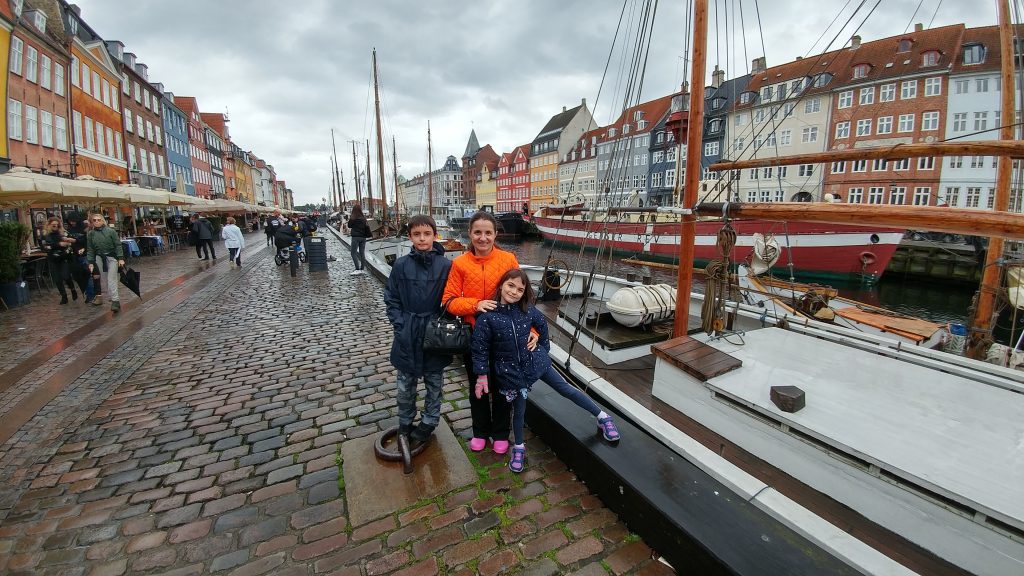 When we went to Legoland, Billund in September, we had to go through Copenhagen, the capital city of Denmark. We found an amazing AirBnB location, about two minutes (I am not exaggerating) from the royal residences at Amalienborg. 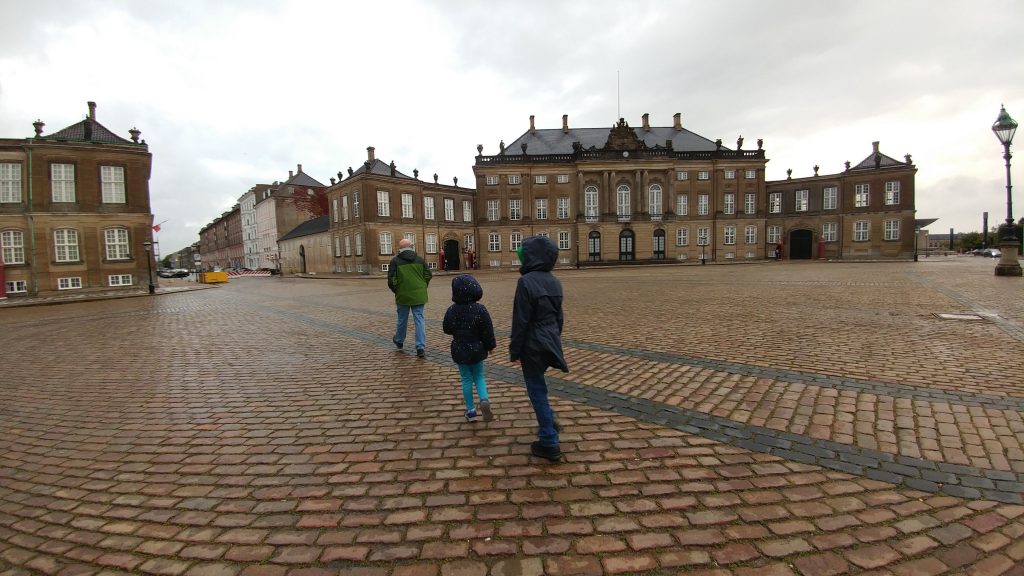 Walking through Amalienborg was shockingly easy, as security was minimal.

We had about 36 hours to spend in Copenhagen, so no time for museums. We just walked around some of the most famous landmarks, took pictures, and called it a visit.

The kids learned a lot because we interacted with the host in the beginning. Then, with the waiters in different restaurants. We went grocery shopping and the carts were super cute and small – another experience which shows them there are many ways to skin a cat, if you will. 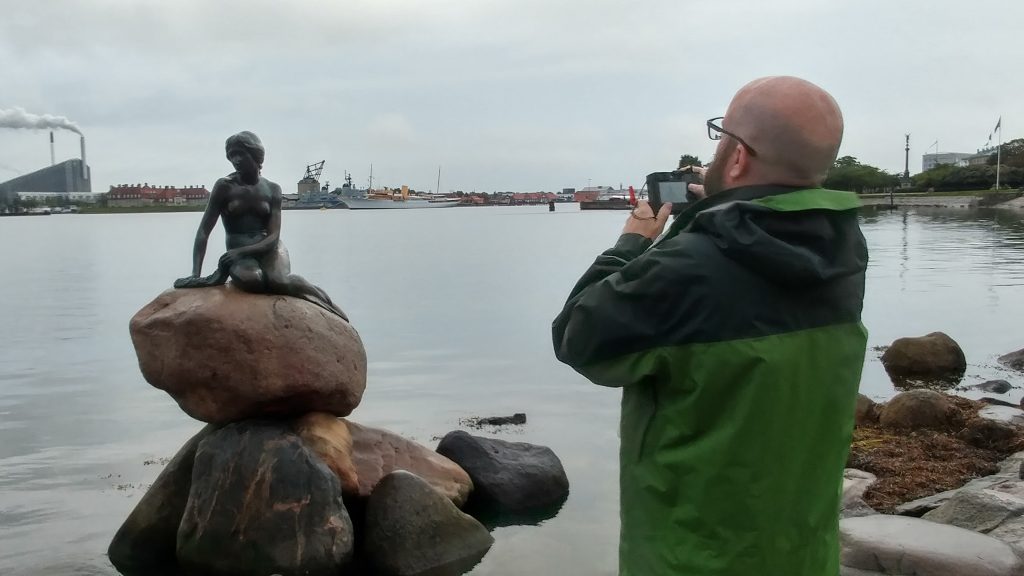 My husband taking pictures of The Little Mermaid, Copenhagen’s most famous landmark.

The weather was bad. It rained on and off for the two days we were there. Sometimes it rained so hard, we had to change clothes when we got home. We were drenched despite our rain boots and jackets. It was about 55F but it felt much colder due to the wind and the rain. But, we endured it all in the name of geography and tourism. And we survived to tell the story.