One of our goals in traveling to Sweden for our family vacation this year was to see the northern lights, or aurora borealis. Growing up with the story of Fram, the polar bear, by Cezar Petrescu, I loved the words “aurora borealis.” I did not know what they meant, but I knew it had something to do with special lights one can see way up there, beyond the arctic circle. 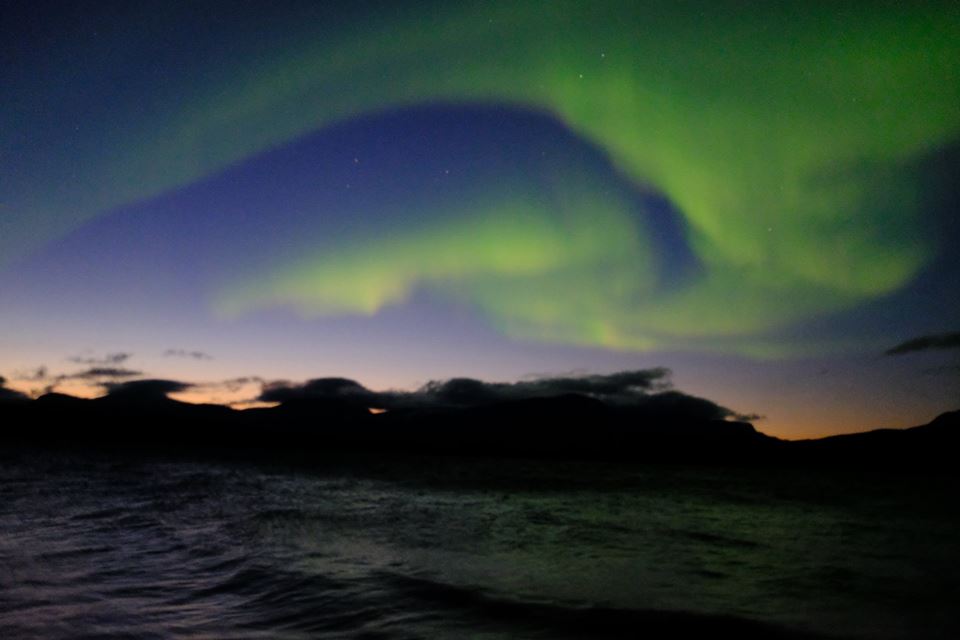 The northern lights as we saw them in Abisko National Park.

I wanted my children to understand the phenomenon before we witnessed it, so we read up on it on the internet and saw some pictures. Of course, we had no idea if we were actually going to get to see them. Three factors must be there for you to see them and one of them is a clear sky. The weather in Kiruna did not look promising during the month of September, when we were going to be there. 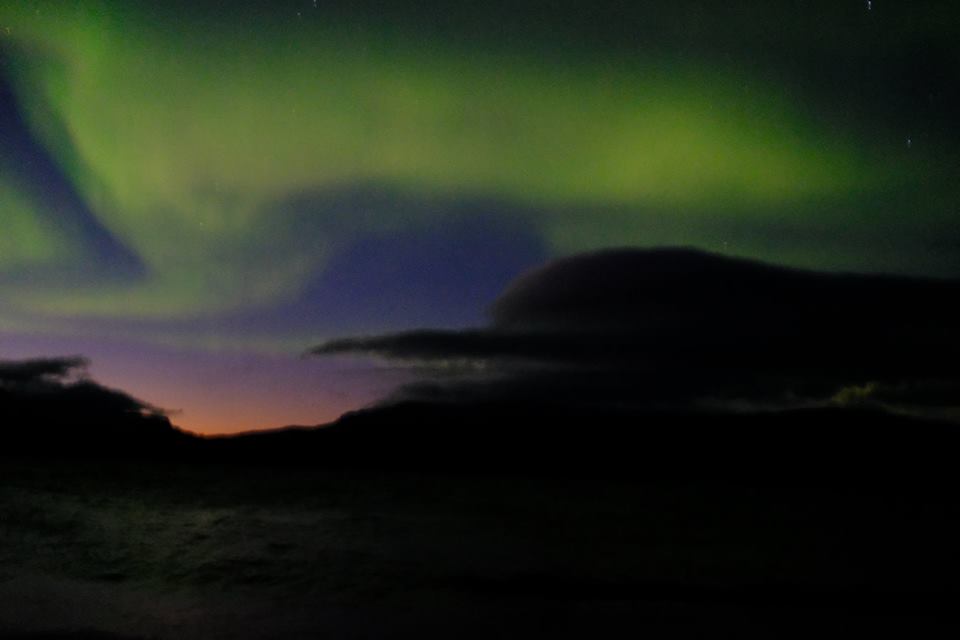 Pictures do not do justice to the dance of the lights we saw that night.

My Swedish friend and I talked it over and we realized it would have taken too long for us to take a train from Stockholm to Kiruna, the most northern Swedish city. So we booked a flight. It cut the travel time down to a fraction, i.e. from 15 hours to 70 minutes. Not bad, especially when you are running out of vacation days and still have so many other things to see. We flew with SAS going to Kiruna and with Norwegian coming back to Stockholm. We would have taken Norwegian both ways, but they do not fly there every day.

We found a company, appropriately called Kiruna Guidetur, which offered northern light tours as well as many other packages. We wanted to see Abisko National Park and the northern lights. Those were two separate tours we paid for and they happened on two different days. However, we ended up in Abisko on both days and here’s why.

It’s a funny thing… When it rains in Kiruna, you can bet it is dry in Abisko, toward the Norwegian border. Something to do with the geography of the land and the currents of air etc. Our tour guide knew how to give us the best chance to see the northern lights: he drove us way out of Kiruna, into the Abisko National Park, where it is always dry. And that is why you pay for a local to take you around.

He picked us up from the hotel where we were staying and brought us back. There were five of us: our family of four and my Swedish friend, Connie. The van could seat nine, so there was plenty of room. Our tour guide prepared an open-fire meal: lentil soup with Gouda cheese sandwiches on Polar bread (a Swedish specialty made of rye, beloved by Swedish children especially) and warm lingonberry juice.

We danced for joy under the northern lights. Our guide was happy for us, as well. He told us many people come chasing the lights and they only get to see them on their fifth or sixth attempt.

Needless to say, we were very thankful and humbled that our prayers were answered that night. We took pictures which do not do justice to the show we saw that night, had our delicious meal, and headed back home to our hotel rooms. Mission accomplished!