Today was the day we had been looking forward to since the end of June. It was at the end of June my children attended String Camp in Knoxville, with the Knoxville Symphony Youth Orchestra. When we started camp, I did not think we would be interested in joining simply because of the drive. 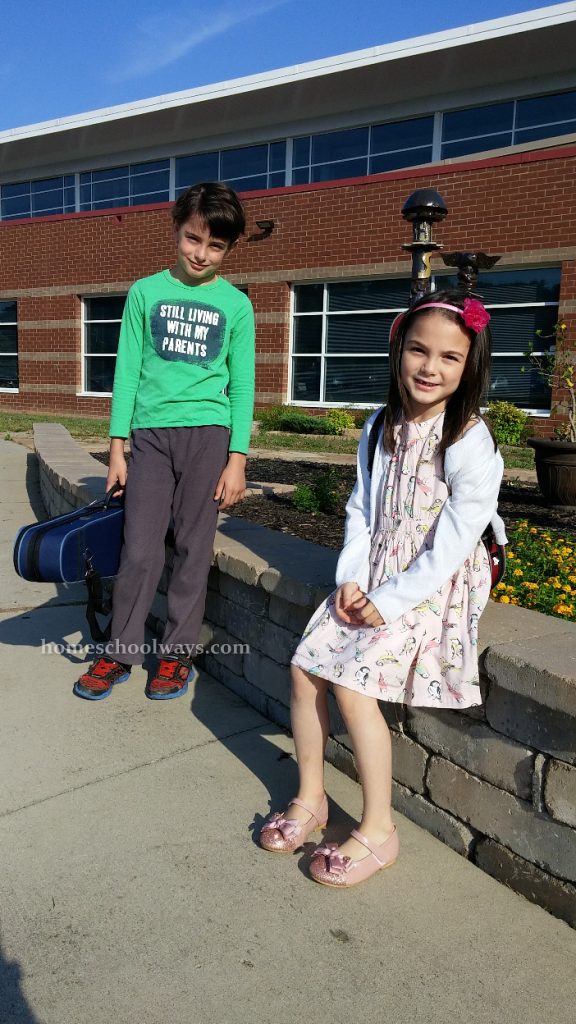 Before the second day of String Camp last summer

But by the end of the week, we were hooked. My children were having fun in orchestra and even though I was exhausted I knew it would all be worth it. Plus, I was enjoying seeing they finally had some positive feelings about the violin. Making friends who also like violin helped a lot, I think.

We signed up for the audition during Camp, but anybody can do it online on the KSYO auditions page. Auditions are held at West Valley Middle School in Knoxville, which is also where they have rehearsals throughout the year.

We had to arrive there 30 minutes prior to their audition times, to get signed in, warmed up, and have the instruments tuned up. There is a large room where parents and children wait, with several smaller rooms nearby where one can warm up a bit.

An attendant comes by to tune up the violins and to check on us regularly. Everything happened very smoothly. At the right time, the time we received for our children, somebody came and took them to the room where the judging panel was.

My son went first. When he came back, he told us all about it. He said he did fine and because his song was really long they actually did not even let him finish it. The sight reading part was one line and he called it “easy.”

It helped him to see Erin Archer among the five judges, because she was his conductor during the summer String Camp. He was happy and relieved it was over. He told us he had definitely been nervous.

Our daughter’s turn came and she disappeared for five minutes. When she came back, she was all smiles and relieved. She gave me a lot of details about it but then I had to ask some other questions. It turns out that she could not do the sight reading exercise.

Well, even if she does not get in, it will all be worth it. It’s an experience she can build on and now she knows what to expect. But it’s not over till it’s over. We will get the results by next Friday and I will keep you posted.

One thought on “Auditioning for KSYO”