For the second year in a row, I took the kids to String Camp in Knoxville. The youth symphony has four levels of orchestras during camp time and it is a wonderful time for the kids to grow, learn, and have fun while making friends and enjoying themselves. 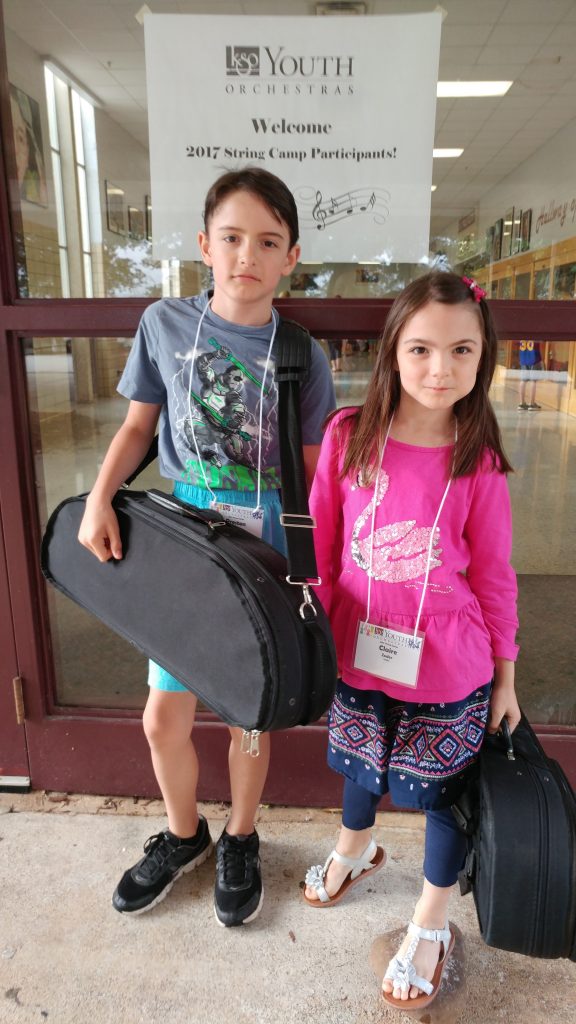 My kids on day 2 of camp

String Camp is this magical time of the year, when we drive to Knoxville early in the morning, rehearse, do a workshop, then drive back. After lunch, I let them play and do whatever they want, but they still have to practice one hour before dinner.

We listen to the recordings during meals so they get used to the new music faster. It is so strange to know nothing about this music the week before, only to fall in love with it in seven short days.

It is a week of exponential growth for the kids. They also have fun because of the workshops which include some stretches and light physical activity, music theory, and sight reading. Then, there are the snacks. On Friday, they have a pizza lunch and a movie right before the concert. Since we don’t watch a full movie at one time at home, this is a special treat for them. This year, they watched “Happy Feet 2.”

We already look forward to next year’s camp. Until then, we will be preparing to audition for the 2017-2018 youth orchestra season, which starts in September.