One Amazing Thing was the book of the month of August at our book club. Its author, Chitra Divakaruni (say that three times fast!), teaches Creative Writing at the University of Houson. Her 18 novels have received awards and been translated into 29 languages. Two have been made into movies. 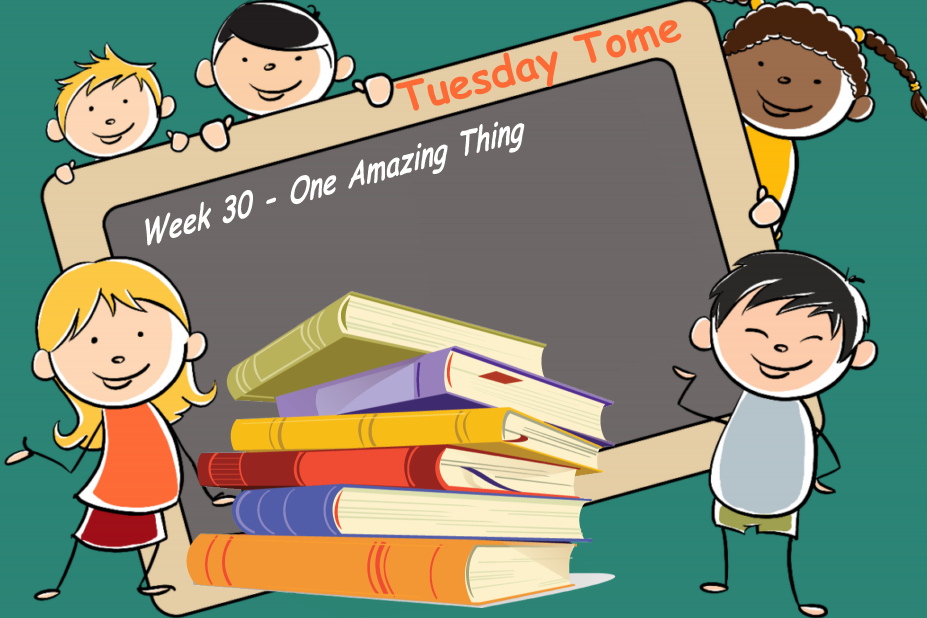 I read this book in three days and I could probably have read it in one if I were not a mom with responsibilities. What a great story about the human condition!

Nine people seeking travel visas to India for different reasons get trapped in an Indian Consulate in the US after an earthquake. When it becomes clear that they will die, because the building keeps shaking due to aftershocks, they decide to share one amazing thing about themselves – a story to connect them to each other in their last hour, something nobody knows about them.

One of the nine people is an African American ex-Marine and he becomes the leader of the group, rationing their food and water, telling them not to open doors (which might endanger the structure above their heads) and administering medicine as needed (some people got hit by debris during the earthquake).

Another one is the consular officer who was hitting on a young employee just before the earthquake started. The other one is the employee herself. The dynamics of their relationship is a reminder that flirting is always dangerous, especially when one is married.

There is also an older couple in the room – a childless couple with serious marital and communication issues. The aftermath of the earthquake helps them get to know each other better – although the pain of “why haven’t you told me this before?” is something they will have to deal with if they get rescued.

Another couple in the room is made up of a grandmother and her granddaughter. They were Chinese living in India who emigrated to the US. The writer captures the essence of different cultures very well.

Uma is a graduate student who gets everybody to start telling their story and Malik is a Muslim teenager on the verge of becoming radicalized, especially in the aftermath of 9/11. A lot of dynamics in this group, as you can imagine. Chitra Divakaruni knows how to tell a story while giving just enough cultural background without insulting our intelligence.

Spoiler alert: the book ends with the hope of rescuers coming by, but we are not told for sure how and if everybody will get rescued.