During the Olympics, Walmart ran a back-to-school commercial using “Here I Go Again” – a song from the 80s by hard rock band Whitesnake. As I listened to the lyrics, I could not believe my ears. Walmart was making my point for me: going to school is a lonely road. You are alone even though you may be surrounded by a group of children. What ABOUT socialization? 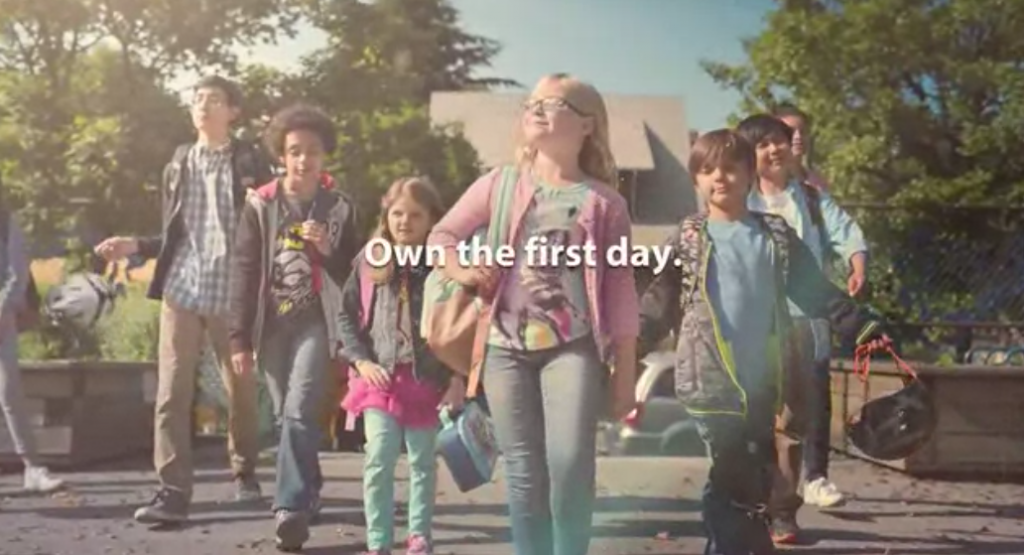 School socialization is focused on clothes, loneliness and pairing up.

Socialization is used as an excuse by many parents who send their children to school. In fact, I heard it put this way: “For the rest of their life, they will live surrounded by people. So we must send them to spend several hours a day in a place where they are surrounded by people.” The French go as far as sending their babies to daycare at three months in the name of “living in a collective.”

This song perfectly explains how lonely it feels to go back to school and, apparently, cool clothes from Walmart will help you deal with that issue. Seriously?

Here I go again on my own
Goin’ down the only road I’ve ever known
Like a drifter I was born to walk alone
An’ I’ve made up my mind, I ain’t wasting no more time…

The Walmart commercial does not go any further than this in the song, but if you read the rest of it, you would know it is a song about heartbreak. Singer-songwriter David Coverdale wrote this song as he was dealing with his divorce from his first wife. I feel for the man.

One of the things I don’t appreciate about socialization in schools is the peer pressure to pair up and have crushes. It starts early, folks. Really early. This summer, my son attended soccer camp with some public school kids and the girls teased him mercilessly about having a crush on a particular girl. The thing is, he did not. 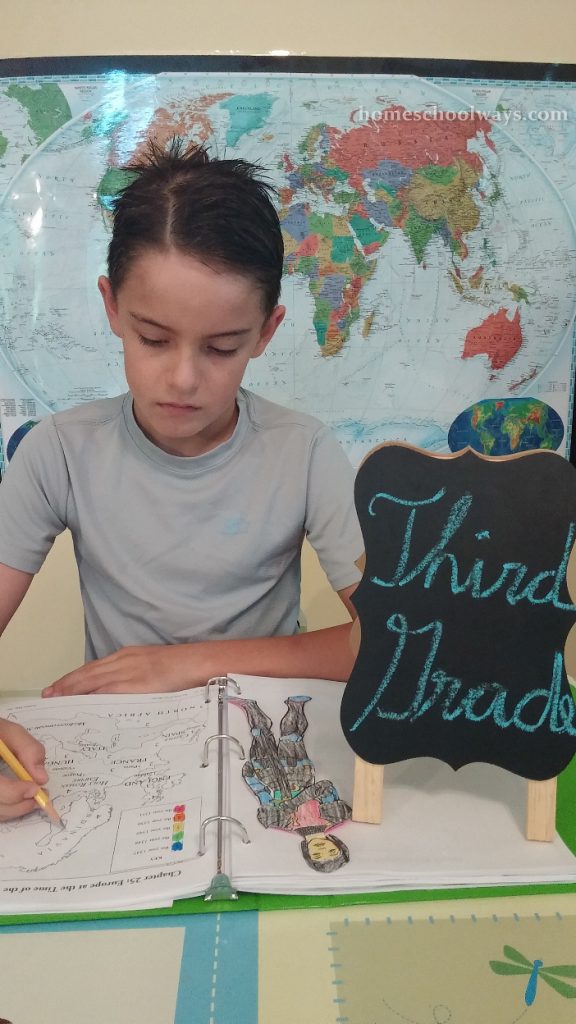 My son wore a gray T-shirt on his first day of school this year.

The girl did and she asked her girlfriends to tease him in order to find out how he felt about her. My poor innocent eight-year-old son was so confused and even angry. Not fun. It only reminded me why we stay away from these buildings called schools. So yes, Walmart, you got school socialization pegged: it’s all about pairing up and breaking up, just like the song you chose for your back-to-school campaign.

“I don’t know where I’m going” starts the song. Well, what can I say? Nobody knows the future. But it sure would be less scary for a child if he knew where he was going and if he did not have to face new teachers and classmates every fall. It would be so much easier on a child to know that he is at home with people who love him and his teacher is his mother (or father) – a person who loves him infinitely.

The commercial’s theme is “Own the first day.” It’s all about clothes. Yeah, some school supplies get two seconds of face time, but everything else is about clothes. You know children compare each other’s clothes and feel the pressure to wear specific brands, right?

Thanks, socialization in schools, for transforming us into robots programmed to keep up with the latest fashion trends and for making us feel that our bulging-at-the-seams closets do not contain anything worthy to wear unless we have what is deemed hot by the fashion experts. That’s why Walmart is trying to break that (otherwise bad) concept and market their merchandise as cool (even though it is not).

“On my own,” “like a drifter” and “alone” clearly paint a sad picture: going to school is a lonely endeavor which requires closing oneself up. God forbid that you should show your true self and expose yourself to merciless teasing and bullying. At the end of the day, a child who goes to school faces life’s challenges alone. Thanks again, Walmart, for making my points for me.

Last but not least, the grammar in this song reminds me that going to school is not a guarantee my children will learn better English than if they were homeschooled. Great choice of song, Walmart! Homeschoolers around the world thank you for telling it like it is. Going to school is not socialization. It is over-socialization which stresses out the kids and confuses them and their parents, sometimes for life.